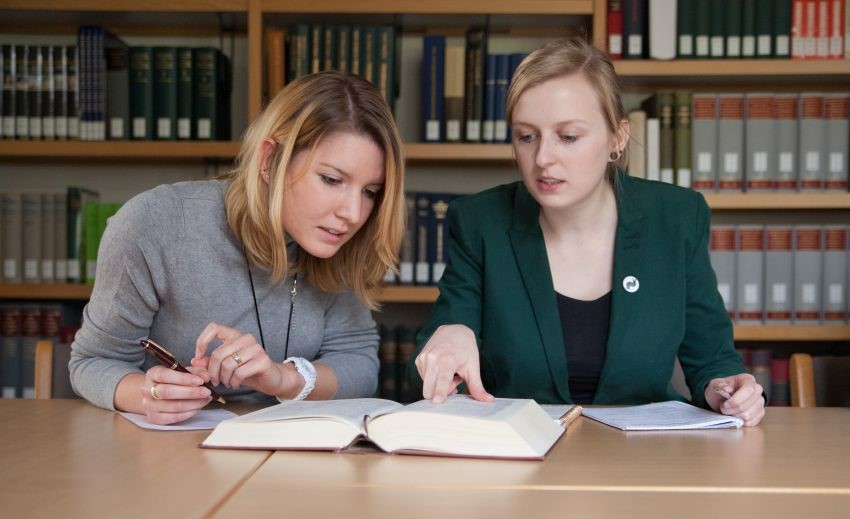 The Institute has a remarkable stock of modern and historical maps that includes historical topographical maps as well as atlases from the 16th to the 21st century, including single maps, cartographies, official cadastral survey plans, town and city plans as well as rare and valuable old maps. There is also a small collection of digital (electronic) maps.

The library is open to the public and free of charge. It is a reference library, but items may be borrowed over the weekend.

There are several workstations, a photocopier/scanner and a digital microfilm scanner.

The library is affiliated to the German and international interlibrary loan service.

The library is networked with national and international libraries. It is also part of ABDOS   (Arbeitsgemeinschaft der Bibliotheken und Dokumentationsstellen der Ost-, Ostmittel- und Südosteuropaforschung, Working Group of Libraries and Documentation Units for Research on East, East Central and South Eastern Europe) and a member of the Arbeitsgemeinschaft der Spezialbibliotheken e.V.

The Institute’s entire stock is retrievable via an online catalogue. In addition, articles from various collected editions and journals of relevance to IdGL’s terms of reference are reviewed and included in the catalogue.

In addition the holdings are part of the union catalogue of the University of Tuebingen.

Since 2013 the library ist part of osmikon (former: ViFa Ost), which is an interdisciplinary portal in relation to East European research.

Via detailed surchfunctions there is access to scientific information about history, language, literature, politics and culture of the countries and regions in East, East middle and South Europe. The holdings of the IdGL are integrated in the search functions.